Velveteen Ensemble is a new fashioned NYC string quartet with a modern twist. It made its Carnegie Hall debut in 2019 and performs globally, including a recent 20-city China tour. Its members studied at America's top conservatories and are touring soloists. Velveteen works with renowned artists like Migos, luxury showcases like Swarovski, and networks such as HBO and Sony. It has recorded for hit TV shows and performs at celebrity weddings and pop-up events. 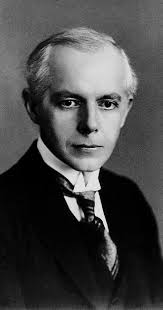 As many listeners are aware, Bartók was not only a devotee of folk music, but was one of the foremost experts of his time in Eastern European folk music, collecting over 6,000 folk melodies and arranging many of them for various instruments and ensembles. His Six Romanian Folk Dances are fairly straightforward renderings of their folk tune derivatives. Thus, as he did in his large collection for piano, For Children (1908-1910), Bartók elaborated little on the source materials, fashioning each piece to be a simple miniature of a half-minute to a minute in length. For the Folk Dances, Bartók used seven melodies from fiddle tunes (though the score is divided into only six sections). The tunes were collected between 1910 and 1912 in Maros-Torda, Bihar, Torda-Aranyos, and Torontal. Bartók was drawn to Romanian folk music, instrumental music in particular, because of its timbral diversity -- Romanian folk dance tunes are often performed by ensembles comprised of diverse instrument combinations -- and its variety and quality of tunes. For Bartók in 1915, these Romanian instrumental tunes offered greater possibilities than the instrumental folk tunes from his own native Hungary, as attested by the number of his works based on Romanian themes. The first of the Romanian Folk Dances is 'Stick Dance,' a colorful, lively piece whose infectious buoyancy and carefree gait exude delightful Romanian flavors. The ensuing 'Sash Dance' has a start-and-stop manner throughout its half minute, the bouncy music pausing to catch its breath after each phrase. The third item, 'In One Spot,' combines a simple pulse in the bass with an exotic theme in the upper register, the whole yielding a gypsy-like character of striking quality. Number four in the collection is 'Horn Dance,' a slow piece whose childlike simplicity (both in rhythm and theme) conveys an innocence in its pastoral, somewhat wistful melody. The next piece, 'Romanian Polka,' brims with ethnic color and merrymaking in its lively rhythm and peasant-like dance theme. The only regret the listener might have here is that the composer did not go on a bit longer than the mere half-minute he spent, in light of the colorful and utterly infectious footstomping material. The last of the pieces in the set is 'Fast Dance', which features two themes, each of similar character. They are both breathless in their pacing, each conveying a sense of unbridled celebration. Description by Robert Cummings 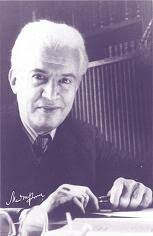 Paris in the 1920s was the artistic center for all of the arts in the Western world. It was also the place and time for an explosion of new music composed specifically for the classical guitar. Composers who were living or studying in Paris added to the instrument’s repertoire. In fact, the guitar compositions of Manuel M. Ponce, Heitor Villa-Lobos, Joaquín Turina, Manuel de Falla, and others laid the foundation for the modern guitar repertoire. It was a time of rebirth not only for the guitar, but also for the harpsichord, and it is fascinating to see how these two very different instruments followed parallel paths in their acceptance as legitimate concert instruments by the general public and by the musical elite. Through the talent and tenacity of two great artists—Andrés Segovia (1893–1987) and Wanda Landowska (1879–1959)—the guitar and the harpsichord each appeared more frequently in concerts, and it was only natural that a work specifically composed for those two instruments would eventually follow. That work was Manuel M. Ponce’s Sonata for Guitar and Harpsichord, which was written in 1926 while the Mexican composer was studying in Paris. The work remained without a dedication until 1940. For many years, there was nothing in print about Ponce’s Sonata for Guitar and Harpsichord; indeed, it remained in manuscript form until its publication in 1973. However, information obtained from the Mexican guitarist Jesús Silva (1914–1996), use of the autographed copy of the sonata, and information in The Segovia-Ponce Letters shed new light on this work’s obscure past. The circumstances behind the creation of this work and its ultimate dedication provide a fascinating tale of the rise of the guitar and the harpsichord in the 20th century. Description by John Patykula 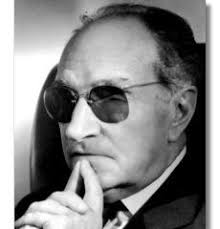 The Concierto de Aranjuez was Joaquín Rodrigo's first attempt in the concerto genre; it quickly became, and has subsequently remained, the most popular and recognizable of his works. Written for solo guitar and orchestra, it reveals the composer's great affinity for those two mediums, as well as his reverence for the long-standing traditions of Spanish Classical music. It was composed after Rodrigo's return to Madrid from France (he fled the turmoil of the Spanish Civil War) in 1939, and premiered there to great success in 1940. Aside from its overt references to Spanish folk music and straightforward lyrical disposition, the Concierto de Aranjuez is notable for the way in which Rodrigo managed to wed the relatively small voice of the solo guitar to that of the full orchestra. His writing is extremely idiomatic for both guitar and orchestra, and one leaves a hearing of the work with the impression that writing for the two together is quite natural; the guitar never seems overmatched or out of its element. Rodrigo's orchestration is simple, clear, and yet interesting: at times he creates a dialog between soloist and ensemble, and at others he manages to turn them together into one giant guitar -- an extremely imaginative and successful effect. Rodrigo also creates distinctive colors by combining the guitar with other solo instruments, such as the bassoon. The opening movement (Allegro con Spirito) is primarily constructed from a single rhythmic motive, introduced at the outset by the solo guitar. This is later combined with a number of more lyrical themes, all of which are reminiscent of Spanish folk song. The mood turns melancholy in the second movement (Adagio), as the soloist accompanies a solo English horn with simple chords. The guitar eventually takes up this theme against an urgent orchestral background. As with the opening movement, the soloist introduces the main idea of the finale -- a rather swaying and gentle melody; this theme becomes the basis for a long 'conversation' involving many different solo instruments. Description by Allen Schrott 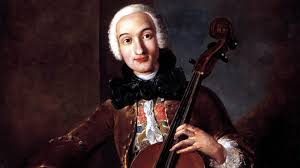 Boccherini achieved widespread recognition in his day both as a cellist and as an extremely prolific composer, primarily of chamber music. He wrote more than 100 string quintets, close to 100 string quartets, and some 150 other chamber works, including more than thirty cello sonatas. He became especially celebrated for his string quintets in the two-violin, viola, two-cello configuration, contributing more to the genre than any other composer in history. Many of them were written while he served as “virtuoso of the chamber and composer of music” at the Aranjuez court of the Infante Don Luis, younger brother of the king of Spain. The quintets were to be played by a court quartet made up of the Font family, father and three sons, plus Boccherini himself. Many gaps exist in our knowledge of Boccherini’s life and works, made worse by the destruction of many of his manuscripts and his own thematic catalog in Madrid during the Spanish Civil War. The latter half of the twentieth century witnessed a periodic resurgence of interest in his music: Gérard’s thematic catalog was published in 1969, and hence the “G.” in the listings of the composer’s works. A complete edition was begun in the 1970s, and a manuscript containing eighteen cello sonatas—three not known since Boccerini’s time—was discovered in 1982; yet most of his music awaits rediscovery. Boccherini mentioned in a letter to the publisher Pleyel in December 1798 that he had just completed six guitar quintets—guitar with string quartet—for the Marquis de Bénavent, for which the guitar-playing Marquis apparently paid the composer 100 francs apiece. These Quintets were most likely those that survive in a copy made in the 1820s by François de Fossa, a military man who was also a talented guitarist and composer. The present D major Quintet, which is fourth in that collection, is the only one of the six that also survives in another manuscript. It was published together with two other guitar quintets (different than those for the Marquis) in 1925 in Leipzig. The Marquis’s Quintets were not published until 1973, after the enterprising Ruggero Chiesa located them in the Library of Congress in Washington, D.C. Description by Jason Vieaux